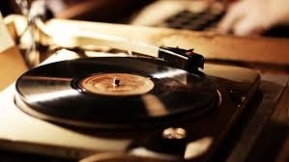 So I know- I suck. It has been way too long since I posted anything. I could unfurl a whole list of excuses like a toilet paper roll dropped at your feet- but why? You don’t care and neither do I. Instead I’ll just say this… I’m BACK. You’re welcome.

I listened to a lot of great music with kids over the holidays and realized that maybe this is weird.  My mom for one was somewhat shocked that my 3 year old daughter could identify the voice of Robert Plant on the radio. I loooooved it. I never really felt like I was taking a stance on on the way we pander to children, but apparently I am. Just cause they are little doesn’t mean they can’t experience rich things. I think I exposing them to more ( with discretion obviously) helps them more fully develop their own thoughts and feelings. I’m not saying force your tastes on your kids but there is a compromise between Custard Pie and Barney. Amiright?

My son, who is 1, loves Boogie with Stu from Zeppelins Physical Graffiti, Dr. John, and the album Rumors from Fleetwood Mac. They are all upbeat and fun. I see him developing rhythm listening to them. He claps and car seat dances when we are driving. And so do I. so much better I would think than silently screaming when Wheels on the Bus comes on AGAIN.

My daughter, the Viking princess, goes a little heavier. She really likes “almost cut my hair” from Crosby stills Nash and youngs Deja Vu album. Actually she’s pretty into the whole album. Such a good album… She tells me how her brother is helpless when Neil youngs ” helpless” comes on and how we are all helpless or helpful sometimes. That’s some deep shit for someone who sleeps in a princess pull up. That is a pretty fucking cool 3 year old if you ask me.

I think hearing authentic people expressing authentic feelings and ideas has to have some good effect. Plus dad and I like it and enjoying quality stuff together makes you a stronger family I think.